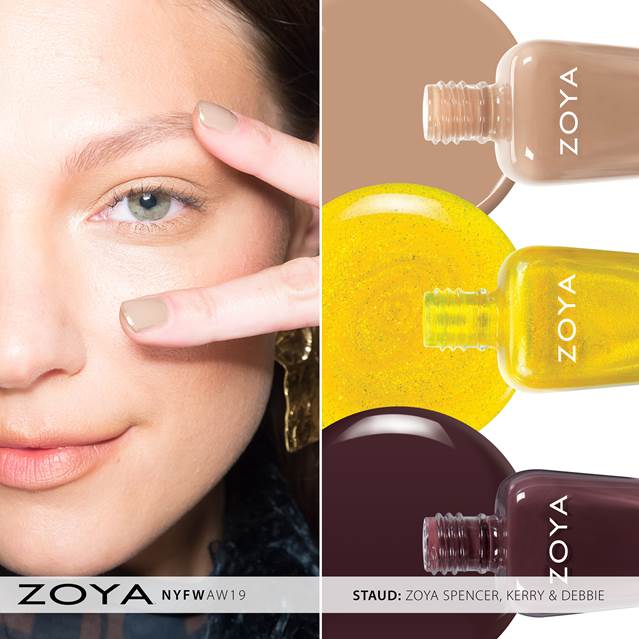 We close this season of New York Fashion Week with STAUD – who we were proud to work with for her uplifting and cheerful runway show. (Images below nail look details)

Not familiar with Staud? Here is more information from the website:

“When it comes to wardrobe staples, STAUD has it down to a science — if that science were based on emotion instead of formulas, technicolor dreamcoats instead of those meant for a lab, and the idea that “matter” is just stuff in the universe while a good handbag is anything but. It’s why, in 2015, Sarah Staudinger and George Augusto co-founded the LA-based brand upon the idea that fashion shouldn’t just empower women — it should be accessible, too. But at the heart of STAUD is design. Think: a scrupulous attention to detail, a natural opposition to the typical, and a feminine aura that’s equal parts seductive and self-governing — all whilst leaving room, of course, for the occasional mushroom trip or jaunt to the beach (or both). If fashion is a never-ending pursuit of style, then STAUD is what happens after you’ve found it.”

Nail Look: Dipped In Gold with Debbie, Spencer, and Kerry

“The collection was filled with 70s inspiration that was just as fun as it was chic. We created the nail look to try and mimic that polished and cool vibe.”

View all posts by SloppySwatches